The latest robot dog making its debut on Kickstarter is Mini-Pupper, an open source quadruped robot powered by a Raspberry Pi 4B. Mini Pupper met its funding goal in the first 5 minutes and was 1000% funded within a day. There’s still time to claim an Early Bird discount.

Like its predecessor Mini Pupper is open source and you can find and download the design files and source code from Github. Prior to launching its Kickstarter campaign to raise $10,000, Mini Pupper had already been featured by Hackaday, Hackster, Make, had won a Hackaday Prize. It was also featured as a “project we love” on Kickstarter and went immediately to top popularity in Kickstarter’s technology and robot section.

So what makes Mini Pupper special? According to its pitch it is:

a dog-shaped quadruped robot that can hop, trot, and run around, supporting 12-DOF, ROS (Robot Operating System) SLAM, Navigation, and OpenCV AI functions—while being inexpensive. Mini Pupper is the dream sidekick for you to learn and experiment with robotics, exploring advanced functions of a dynamic robot that would typically not be available at this price point.

The future retail price for a complete kit will be $799, and $935 for a pre-assembled Mini Pupper which does seem affordable compared to around $70,000 for a Boston Dynamics Spot and $1,600 for a Xiaomi Cyberdog. 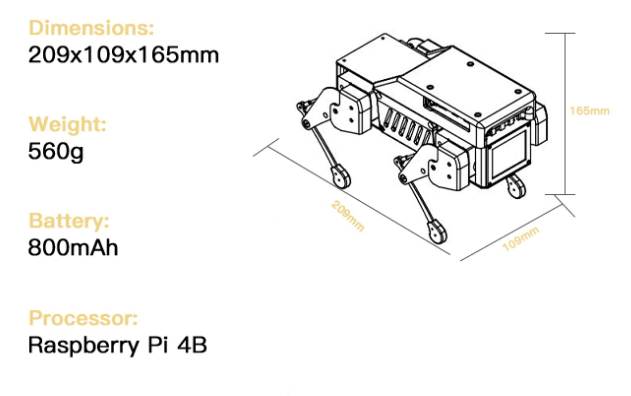 Mini Pupper supports SLAM (Simultaneous Localization and Mapping), it can map its environment and learn in real-time from things around using Lidar or a camera sensor and answer questions such as “where am I” and “where am I going”.

You don’t appreciate just how small Mini Pupper is until there’s something to compare it with such as the hand and coke bottle in this shot which demonstrates Mini Pupper’s ability to track hands, a spatial AI skill that comes from supporting OAK-D Lite,  OpenCV’s latest 3D camera module which as we reported is also currently on Kickstarter. 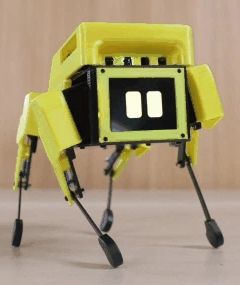 A Little Robot Quadruped On Kickstarter

Now We Can All Build A SpotMicro

OpenDog – Build Your Own Spot