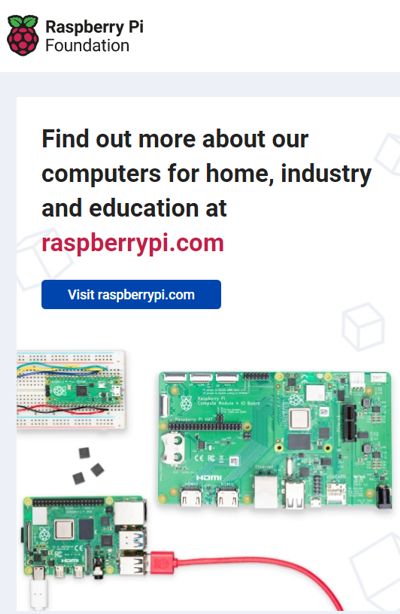 As a lot of you know already, the Raspberry Pi family is actually made up of two organizations, both based in Cambridge, UK. There’s us: Raspberry Pi Trading: we’re the Computer People. We engineer, make, and sell Raspberry Pi computers.

Then there are our colleagues across the city: the Raspberry Pi Foundation [which fosters] educational initiatives [and] makes learning materials and online training courses.

Until now the two separate organizations have shared a single website for the disparate content of both, a problem which has been solved by obtaining the .com domain for its existing name of raspberrypi for a completely new website aimed at those who use or want to buy Raspberry Pi hardware. The home page of the new site places the emphasis on the latter and features the Pico as well as the Raspberry Pi family. 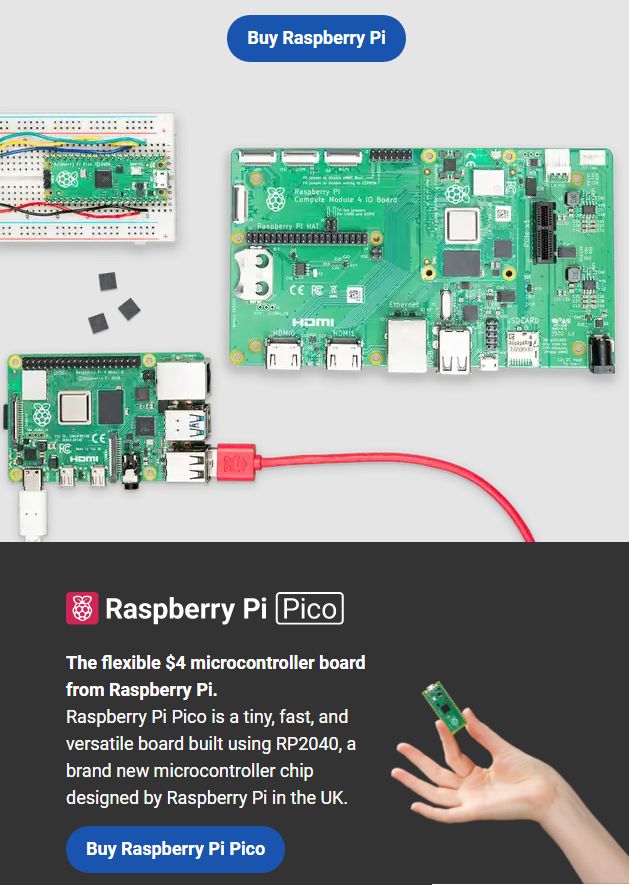 The Pico must have felt like the odd-man-out on the original Raspberry Pi site. Not only does it use a different chip, it doesn’t have much application in an educational setting. Now it can have a more equal status. It therefore comes as a bit of a shock not to find the Pico on the on the Raspberry Pi for Industry page. Instead it’s the RP2040, the new chip developed by Raspberry Pi used for the Pico  that is showcased, alongside the Raspberry Pi 4 and the Raspberry Computer Module 4. Personally I consider the Pico very useful in a prototyping context even though it might be the “bare” RP2040 that would be used for large-scale production.

If you are surprised to find Raspberry Pi for Industry as the first item on the navigation bar then take a look at my recent reports Raspberry Pi Most Popular Industrial IoT Device! and Pi Compute Module 4 – Time to Take Industrial Pi Seriously. The Raspberry Pi may have started out with K-12 Education in mind but given the computing power it delivers it is hardly surprising that it is now being taken seriously by industry. As the new site puts it:

Robust and affordable, Raspberry Pi technology has been deployed in tens of thousands of applications in a variety of industries across the world.

This many not have been the original intention but if you make a good product people will find it and use it and its use will spread!

All the forums from the original site have been moved to the new site including those relating to Community and Education issues, which may be a slight anomaly.

Splitting the site seems like a good move. It allows the original  site, now referred to as the Foundation (.org) site to concentrate on computing education and its other endeavours, while the news section on the Trading (.com) site can focus on Raspberry Pi hardware and projects allowing more emphasis on professional and large-scale uses of the Pi alongside its hobbyist and maker audience.

OZY Media CEO says he will not shut down the company : NPR

Consumer IoT devices are showing up on corporate networks • The Register