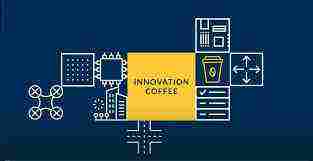 These components are now joined by a self-contained frontend called Pantabox that has been integrated into Pantavisor Linux to provide a more intuitive interface. The open source Pantabox is said to be “inspired by” BusyBox.

Pantabox includes “all of the essential utilities developers need in order to maintain, evolve and publish a Pantavisor Linux system on embedded Linux devices,” says Pantacor. These include the full set of pvr cli commands for managing device atomic revisions and other operations.
Pantabox reduces the time it takes to test and debug software updates by controlling software transactional updates locally on the device as well as in the cloud to a device hub. Pantacor provides an optional Pantacor Hub, which appears to be a more scalable, cloud-hosted version of the free and open source PantaHub. Other software included in the full Pantacor platform is an even more scalable Pantacor Fleet package.

The Pantavisor Linux equipped PantaHub is used to connect Linux-based devices and transform them into bare-metal infrastructure for easier management of firmware lifecycles. PantaHub is available on the enclosure version of the LimeNET Micro SDR platform, which is equipped with a Raspberry Pi CM3.

With Pantavisor Linux, you can load just about any Linux distro or custom-made firmware userland into an LXC container. The device framework can containerize the firmware, OS, networking stack, middleware, apps, system config data, and a Board Support Package, “making them modular and portable building blocks that can be shared and managed atomically over the air,” says Pantacor. Pantavisor Linux does not run Docker containers natively, but it can use Docker images as a source of root file systems for containers that are run by Pantavisor with LXC.

In addition to announcing Pantabox, Pantacor announced the launch of the pantavisor.io community website. The pantavisor.io site provides download, tutorials, documentation, and community features such as Slack.

Pantacor’s software is free for up to 25 devices, 25GB of storage, and 2GB of outbound data transfer. There are also SaaS subscription versions, starting with a $60 per month offering for 500 devices, 100GB, and 10GB outbound storage. This plan also offers an SLA with guarantees of 99 percent uptime and 24-hour response time.

Pantabox, Pantavisor Linux, and PantaHub are available for free download at the new pantavisor.io website. Subscription services are also available. Additional information may be found in Pantacor’s announcement and website.

Disclaimer: If you need to update/edit this news or article then please visit our help center.

Securing the Industrial Internet of Things